Vanqua Bio’s Scientific Focus: Our lead program targets the genetic association between the GBA1 gene, the gene that encodes GCase, and the lysosomal dysfunction that occurs in Parkinson’s disease (GBA-PD).

Mutations in GBA1 are the most common genetic risk factor for PD. Up to 10% of patients with PD in the U.S. and Europe carry a GBA1 mutation. Individuals harboring GBA1 mutations often develop PD at a younger age and exhibit more rapid disease progression compared to patients with idiopathic PD.

Functional GCase is crucial for the recycling and disposal of proteins and lipids in the lysosome. Numerous scientific studies have demonstrated that GCase mutations trigger lysosomal dysfunction, cell toxicity, inflammation, and the accumulation of alpha synuclein (a hallmark of PD), which is toxic to neurons.

Gaucher disease is a lysosomal storage disorder which can have a wide range of effects on organs throughout the body. Gaucher disease has three subtypes, which vary by the presence or absence of neurological symptoms, the severity of symptoms, age of onset, and age at death. 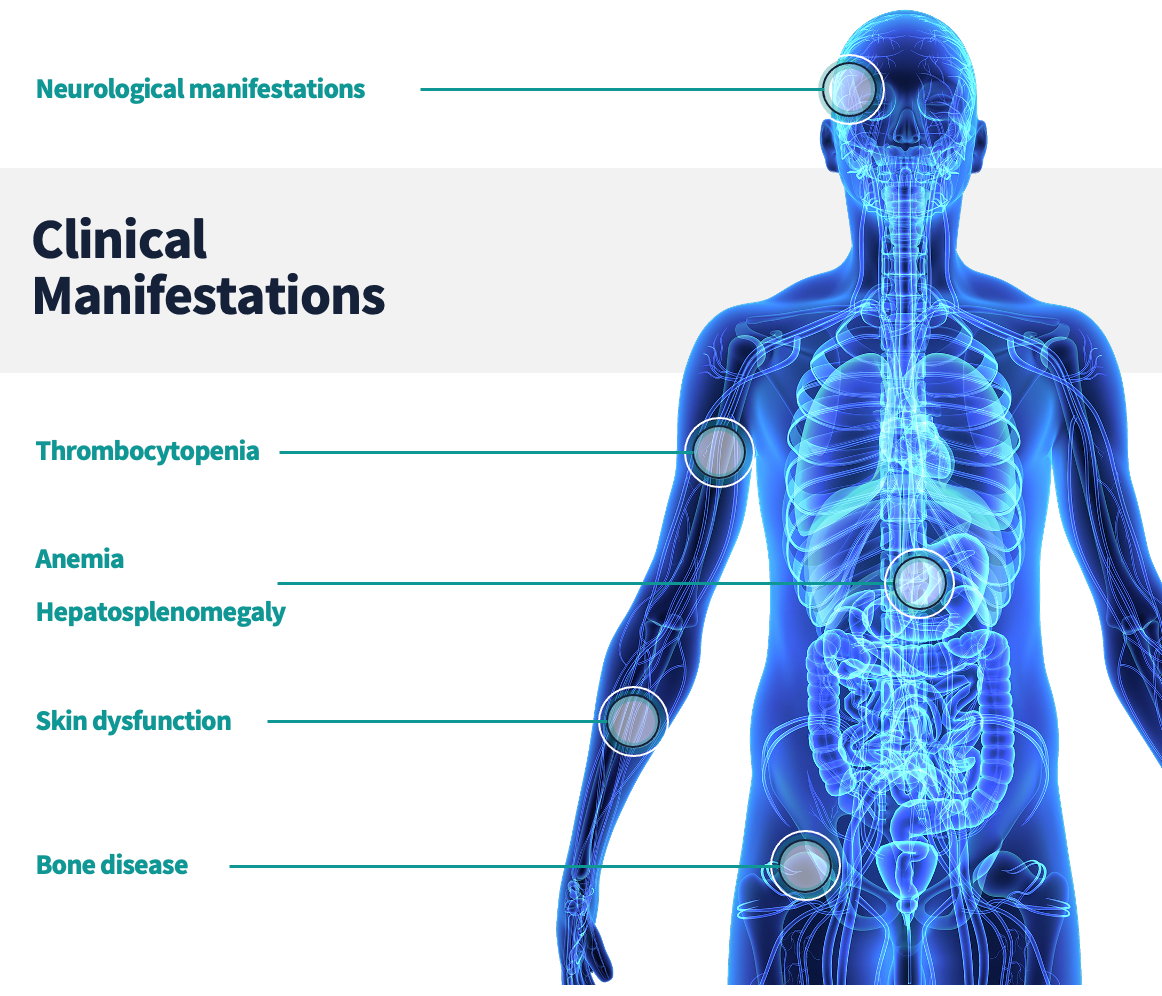 Currently available treatments, which do not cross the blood-brain barrier, address some of the needs of patients with Type 1 Gaucher disease but do not address the serious neurological effects in patients with Types 2 or 3 disease.

Gaucher disease is caused by mutations in both copies of the GBA1 gene, leading to reduced GCase activity. GCase is responsible for converting glucosylceramide (GluCer) to glucose and ceramide, and glucosylsphingosine (GluSph) to glucose and sphingosine. Mutations in GBA1 in Gaucher disease can decrease the activity of GCase by up to 95%. This marked decrease in GCase activity (5%-25% of normal levels) leads to the accumulation of GluCer and GluSph in macrophages (a type of immune cell) (“Gaucher cells”), which then infiltrate and damage the blood, bone, and central nervous systems.

Vanqua Bio Therapeutic Hypothesis: Small molecule activators of the mutated forms of GCase will normalize toxic levels of GluCer and GluSph and improve the function of the blood, bone, and central nervous systems.

Vanqua Bio’s discovery platform enabled the identification of next-generation GCase activators that can cross the blood-brain barrier for the treatment of GBA-PD and all forms of Gaucher disease. Our patient-derived iPSC platform allows us to study the effects of our activators in disease-relevant models.

Our insights have enabled us to discover novel small-molecule allosteric activators that normalize the activity of GCase and block the accumulation of pathological alpha synuclein in patient-derived dopaminergic neurons. In addition to activating wild-type GCase, we have also discovered next-generation activators of mutant forms of GCase that decrease levels of GluSph and GluCer, and have the potential to address all forms of Gaucher disease. 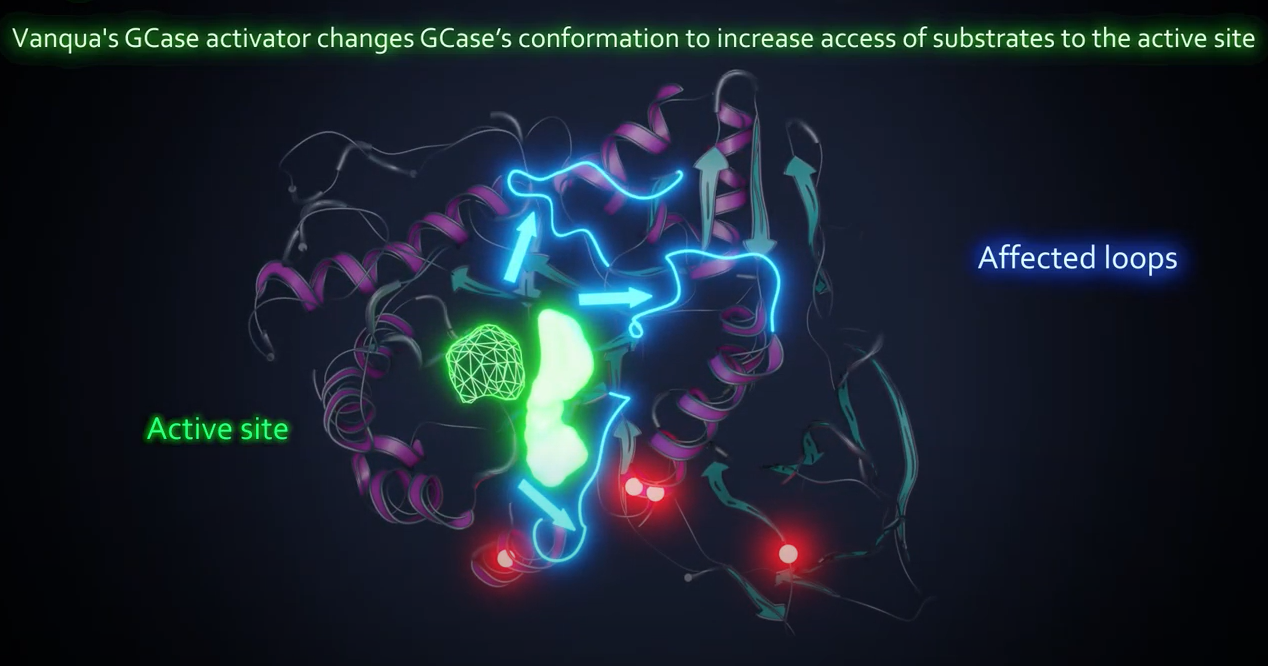 Vanqua Bio’s Scientific Focus: Our second program targets the inflammation that is associated with many neurodegenerative diseases.

Human genetics link components of the complement system to numerous neurodegenerative diseases. We are targeting the abnormal activation of the complement pathway that occurs in a number of conditions, including Alzheimer’s disease, to break the degenerative feedback cycle and slow disease progression.

Glucocerebrosidase and its Relevance to Parkinson Disease
Do J. et al. (2019) Molecular Neurodegeneration

Therapeutic Inhibition of the Complement System in Diseases of the Central Nervous System
Carpanini S. et al. (2019) Frontiers in Immunology