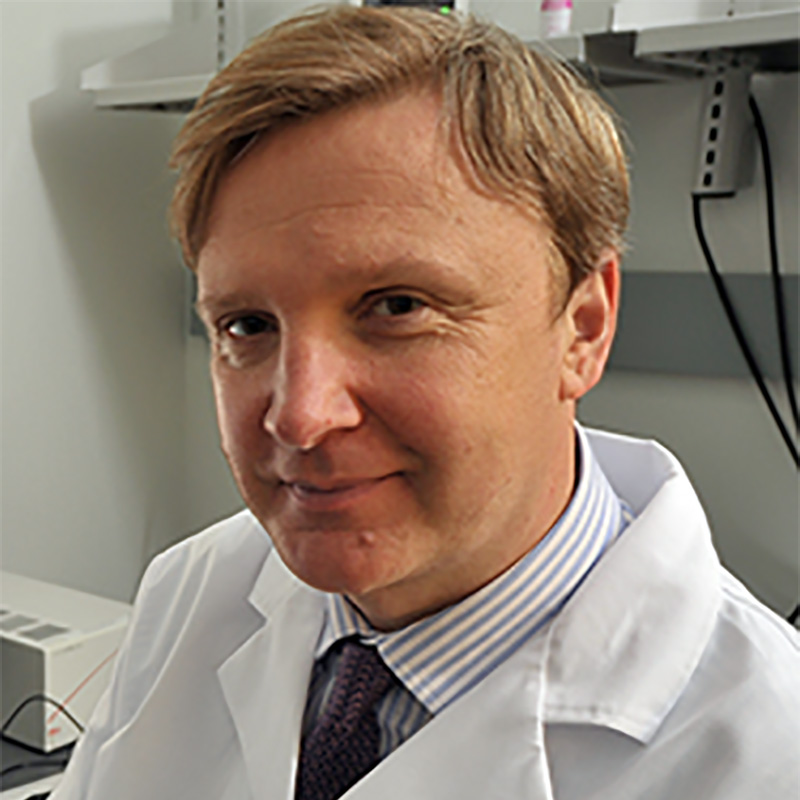 Chairman, Department of Neurology, and Director, Simpson Querrey Center for Neurogenetics at Northwestern University, Feinberg School of Medicine
Chair of the Vanqua Bio Scientific Advisory Board and Co-founder of Vanqua Bio

Dimitri Krainc, M.D., Ph.D. currently serves as the Ward Professor and Chairman of the Department of Neurology and Director of the Simpson Querrey Center for Neurogenetics at Northwestern University, Feinberg School of Medicine in Chicago. Previously, he spent over two decades at Massachusetts General Hospital and Harvard Medical School where he completed his research and clinical training and served on the neurology faculty. His group discovered how to improve degradation of aggregation-prone proteins such as mutant huntingtin and a-synuclein by the lysosomal pathway. They identified a positive feedback loop between alpha-synuclein and lysosomal glucocerebrosidase in synucleinopathies (Cell, 2011). Using patient-specific neurons, his lab discovered a link between mitochondrial and lysosomal dysfunction in neurodegeneration of human but not mouse midbrain neurons (Science, 2017). Based on these findings, Dr. Krainc’s group initiated the development of activators of lysosomal glucocerebrosidase as targeted therapeutics for Parkinson’s disease. Their recent discovery of direct contacts between mitochondria and lysosomes and organelle dynamics has implications for various neurological and other disorders (Nature, 2108). Dr. Krainc is a Venture Partner at OrbiMed and serves of SABs of several biotechnology companies. He received numerous awards for his work and is an elected member of the Association of American Physicians and the National Academy of Medicine.