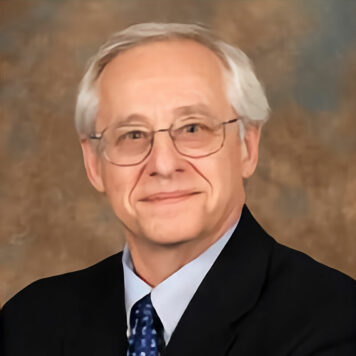 Professor Emeritus in the Departments of Pediatrics, and of Molecular Genetics, Biochemistry, and Microbiology at the University of Cincinnati College of Medicine

Dr. Grabowski received his M.D. from the University of Minnesota where he also completed his Pediatric residency and fellowship training in Human Genetics. After 13 years at Mount Sinai School of Medicine in New York where he established the MSSM Lysosomal Disease Center, he moved to Cincinnati where he was the A. Graeme Mitchell Chair of Human Genetics, and Director of the Division of Human Genetics within the Children’s Hospital Research Foundation (CHRF). He is Professor Emeritus in the Departments of Pediatrics, and of Molecular Genetics, Biochemistry, and Microbiology at the University of Cincinnati College of Medicine. He has published over 355 scholarly works on the basic and clinical science of lysosomal diseases, including Gaucher disease, Fabry disease, Pompe disease, the mucopolysaccharidoses, and lysosomal acid lipase deficiencies. His was the founding Chair of the American Expert Medical Committee of the Project Hope/Genzyme-Sanofi Gaucher Initiative, a philanthropic program to treat Gaucher disease in Egypt and other countries. He has served on this committee for over 30 years. He was the Chief Scientific Officer (CSO) at Synageva from January 2014 to June 2015 and was in charge of developing many programs and platforms before the company was purchased by Alexion. He became the CSO at Kiniksa Pharmaceuticals until June 2019. Currently, he is an independent consultant to several companies and foundations developing therapies for the unmet needs of those with rare diseases.