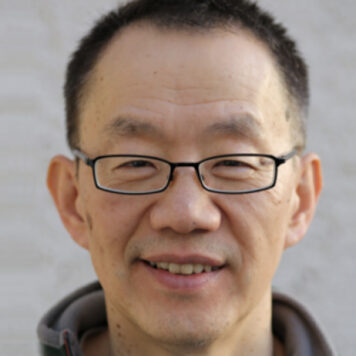 Morgan Sheng is Core Institute Member, and Co-Director of the Stanley Center for Psychiatric Research, at the Broad Institute of MIT and Harvard; he is also Professor in the Department of Brain and Cognitive Science at MIT. Previously (2008-2019), Sheng was Vice-President for Neuroscience at Genentech, a leading biotech company, where he was head of neuroscience research and drug discovery. Prior to joining Genentech, Dr. Sheng was the Menicon Professor of Neuroscience at MIT, as well as Investigator of the Howard Hughes Medical Institute. Sheng received a BA from Oxford University (UK) and obtained his medical degree and training in internal medicine at London University (UK). He also holds a PhD in molecular genetics from Harvard University. Following his postdoctoral work in neuroscience at the University of California, San Francisco, Dr. Sheng served on the faculty at Massachusetts General Hospital and Harvard Medical School before joining MIT. Elected as Fellow of the Royal Society (UK), Fellow of the Academy of Medical Sciences (UK), Fellow of the American Association for the Advancement of Science, and recipient of the 2020 Julius Axelrod Prize from the Society for Neuroscience, Dr. Sheng is author of more than 200 peer-reviewed publications focused on the molecular cellular biology of brain synapses and the mechanisms of nervous system diseases.